Matt is the Sanctuary sperm whale apparently most “resident” among all the known individuals, as he has been the most encountered in our study area. Tethys researchers have met him 18 times over eleven years of work, between September 2000 and September 2011, when he was found in the company of “Fede”. 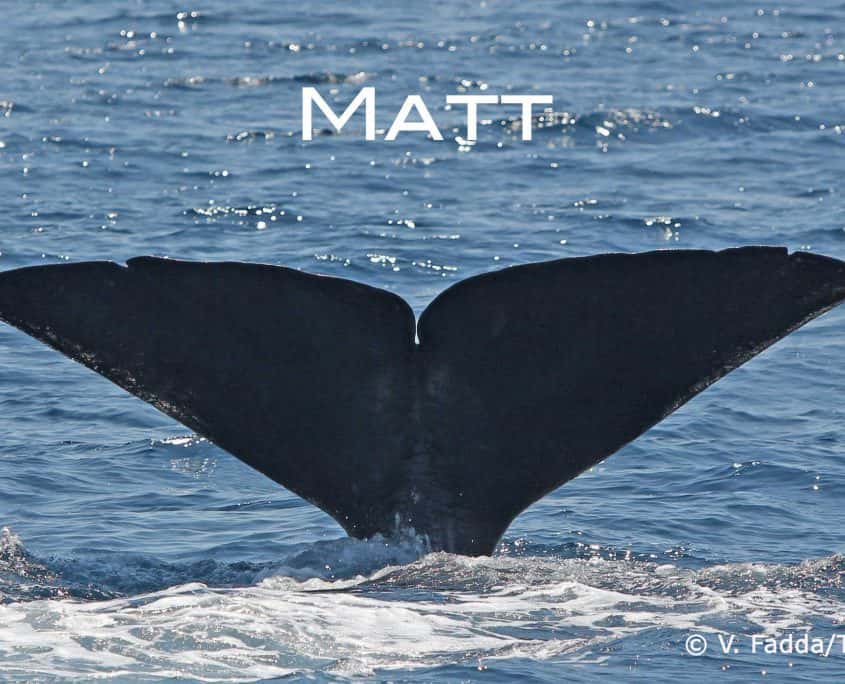